Hurricane warnings are in place across Florida’s eastern seaboard in advance of Isaias, the Atlantic’s second hurricane of the 2020 season, with impacts expected to be felt across the Floridian peninsula later on Saturday.

The storm could make mulitple landfalls as it moves north along the Eastern Seaboard into early next week.

Hurricane Isaias is moving across the Bahamas today and will approach Florida by late Saturday night into early Sunday morning.

“High wind shear and dry air has taken its toll on the system,” Spectrum News chief meteorologist Mike Clay said on Saturday. “The center core is still intact, but the rest of the storm has been become weaker on satellite images.”

In Florida, a hurricane warning is now in place for areas from Boca Raton to the Volusia-Flagler County line. Tropical storm warnings are in for much of north Florida and into far southeastern Georgia, as well as Lake Okeechobee and parts of central Florida, including Orange, Osceola and Seminole Counties. 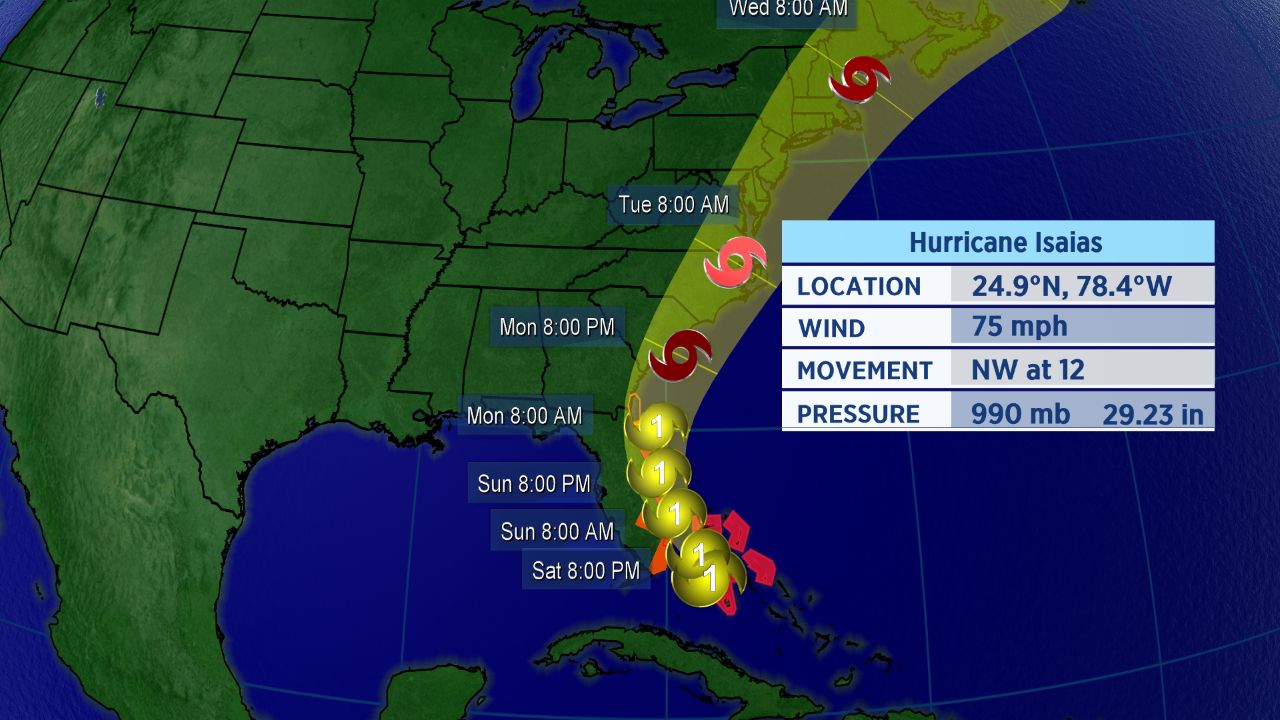 The spaghetti models, a suite of computer forecast models overlayed on a map, show the storm is likely to turn north as it approaches Florida. Much of the East Coast will likely see impacts from Isaias, since rain and wind can extend far from the storm’s center.

Although Isaias should remain a hurricane while passing Florida, due to wind shear and dry air, the storm is not looking to intensify and could weaken while passing the Florida coast.

For now, the center of the forecast cone of uncertainty takes Isaias just east of Florida this weekend, though only a slight deviation of the current track could lead to a Florida landfall from Isaias this weekend. The Carolinas should see impacts early next week. 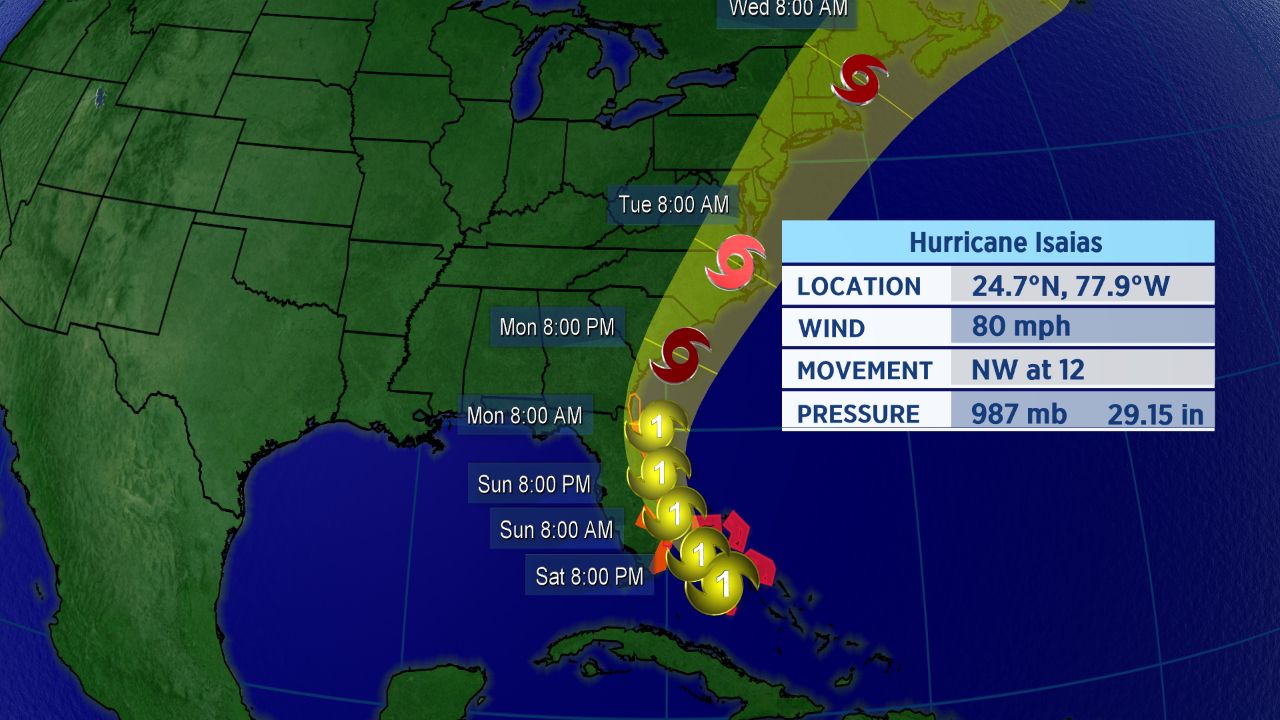 Isaias has already brought heavy rainfall and gusty winds to the Bahamas, Virgin Islands, and Puerto Rico. At least five inches of rain fell in San Juan, Puerto Rico’s capital and largest city on Wednesday and Thursday, and hundreds of thousands of customers on the island lost power as Isaias moved through.

“This is not a large hurricane in size, so the impacts will be concentrated close to where the center goes,” Spectrum News meteorologist Brian McClure said.

Confidence on the exact track still remains uncertain. Even if the center of the storm stays just offshore, Florida and the rest of the southeastern U.S. should closely monitor this system.