Hurricane warnings are still in place across Florida’s eastern seaboard in advance of Isaias, the Atlantic’s second hurricane of the 2020 season, with impacts expected to be felt across the Floridian peninsula on Sunday.

The storm could make mulitple landfalls as it moves north along the Eastern Seaboard into early next week.

“Strong wind shear from the southwest, as well as dry air being ingested into the storm, has caused Isaias to weaken fairly rapidly today and the satellite presentation is severely degraded,” Spectrum News Chief Meteorologist Mike Clay said Saturday evening.

Isaias has been downgraded to a tropical storm but is still looking to bring hurricane-like conditions to the coast of Florida. Isaias is likely to strengthen back up to hurricane status as it moves across the warm Gulfstream waters.

Isaias is still continuing on its northwest track over the next 48 hours. Once the ridge over the Atlantic weakens even more, the storm will be able to move in a more northeast track.

The storm is looking to bring impacts to Florida by early Sunday morning.

In Florida, a hurricane warning is now in place for areas from Boca Raton to the Volusia-Flagler County line. Tropical storm warnings are in for much of north Florida and the Georgia and South Carolina coastline, as well as Lake Okeechobee and parts of central Florida, including Orange, Osceola and Seminole Counties.

For now, the center of the forecast cone of uncertainty takes Isaias up the east coast of Florida this weekend and we could see landfall with the east-central Florida coast in about 24 hours. The Carolinas should see impacts early next week. 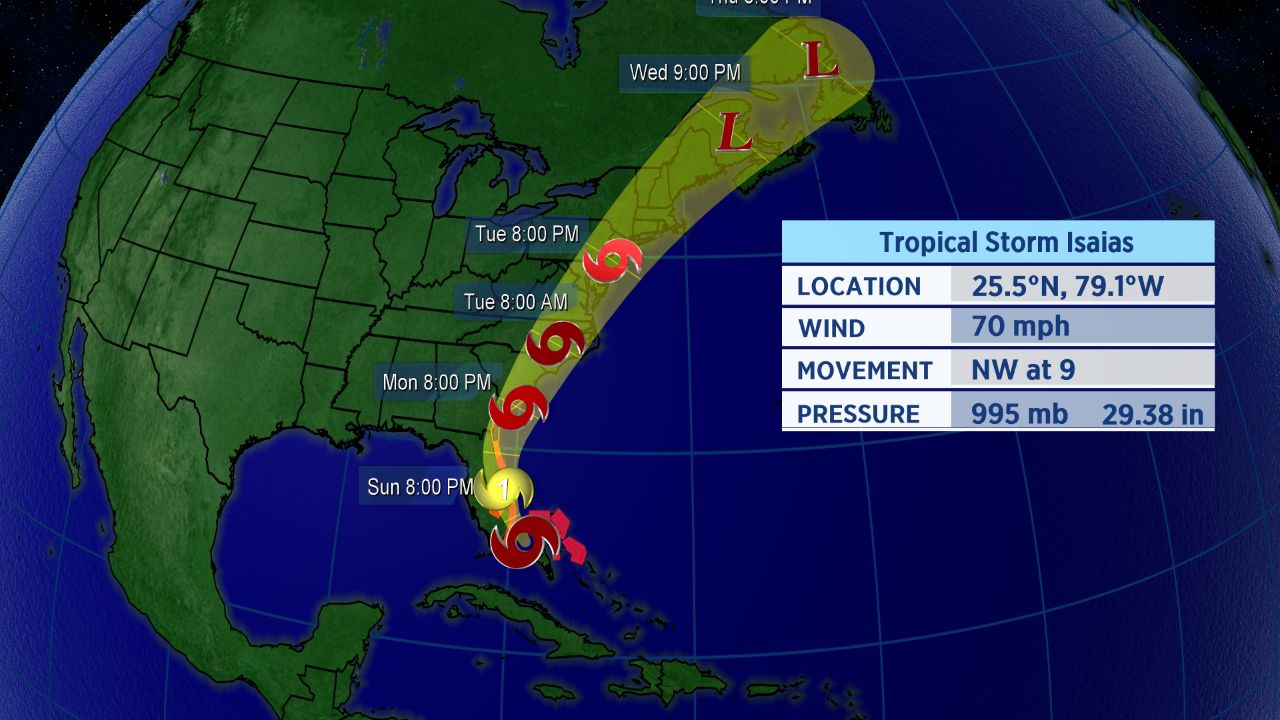 Isaias has already brought heavy rainfall and gusty winds to the Bahamas, Virgin Islands, and Puerto Rico. At least five inches of rain fell in San Juan, Puerto Rico’s capital and largest city on Wednesday and Thursday, and hundreds of thousands of customers on the island lost power as Isaias moved through.

“This is not a large hurricane in size, so the impacts will be concentrated close to where the center goes,” Spectrum News meteorologist Brian McClure said.

Confidence on the exact track still remains uncertain. Florida and the rest of the southeastern U.S. should closely monitor this system.